Colin Kaepernick in the Morning… 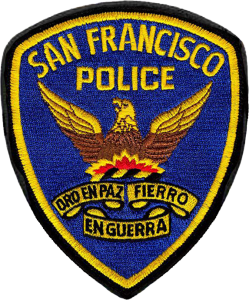 This morning I was walking into a convenience store and I heard over the radio a talk show featuring a personality that was elaborating on Colin Kaepernick’s stance and the number of black people that have been killed by police officers since he initially refused to stand for the National Anthem. In addition, Colin has apparently received some death threats because of his stance and I think it’s ironic that the people who would be tasked with protecting him come from the very institution he would demonize with his platform.

As I listened to the rhetoric being broadcast over the air, it aggravated me that so much attention is being given to Colin’s perspective, yet very little is being invested in how the San Francisco Police Department would defend the actions of their officers, or the officers who Colin would indict by refusing to stand for the National Anthem.

Personally, I have a real problem with Colin’s actions. If you have a problem with someone in a position of authority, you direct your critique at the person’s performance and not their position. Should your actions be such where they are processed as an assault on the dignity and the respect that person’s office deserves, your complaint is now buried beneath a layer of belligerence that makes your comments virtually impossible to hear. And that’s assuming your comments are accurate to begin with.

I was curious to know if the San Francisco Police Department has invited Colin to accompany any of them in a squad car and experience first hand the task of having to respond to the dispatcher as the calls for help are allocated to the various police officers on duty. What I found was an open letter that the President of the San Francisco Police Associate wrote to the Commissioner of the National Football League. It’s excellent. And while the media tends to gravitate to those things that are more suited to “headlines,” this letter brings some substance to the conversation and it’s worth reading.

As an aside, I’m not familiar with all of what Kaepernick has said. But I found this statement he recently made at a Press Conference. I think you betray the lack of credibility that characterizes your stance when you say things like this: “You have people that practice law and are lawyers and go to school for eight years, but you can become a cop in six months and don’t have to have the same amount of training as a cosmetologist,” he said. “That’s insane. Someone that’s holding a curling iron has more education and training than people that have a gun and are going out on the street to protect us.”

Colin, one day you’re going to have to account for your words and your actions. Hopefully, by that point, you’ll be in a place where you’re willing to own that which justifies an apology on your part. Until then, know that there are people out there that vehemently disagree with you – not just your obvious lack of regard for the institution that is sworn to serve and protect, not just your lack of of judgment when it comes to the fact that you always salute the rank, even if you’re not inclined to salute the man, but for the fact that you would condemn the ideal that America represents while simultaneously appealing to that same dynamic for the accommodation you think you deserve.